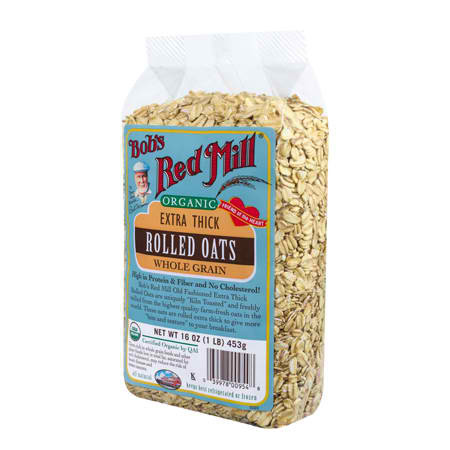 Organic Regular Old Fashioned Rolled Oats make a deliciously wholesome, chewy, hot cereal that provides lasting energy all morning. This favorite breakfast cereal is a great way to start your day and add fiber to your diet.Oats have been cultivated for two thousand years in various regions throughout the world. Before being consumed as a food, oats were used for medicinal purposes, a use for which they are still honored. The growing of oats in Europe was widespread, and oats constituted an important commercial crop since they were a dietary staple for the people of many countries including Scotland, Great Britain, Germany and the Scandinavian countries. In the early 17th century, Scottish settlers brought oats to North America. Today, the largest commercial producers of oats include the Russian Federation, the United States, Germany, Poland and Finland.

This product hasn't received any reviews yet. Be the first to review this product!